The open ended issue of ‘Modern Design’ following antiquity is that which assigns Architecture the role of addressing cultural identity and social issues with conscientious response. Architecture, however, continues on par as built form achieved through and by commissions, schedules and the servicing of independent client needs and thereby struggles to meet this calling. This leaves the Architect in space where honor, integrity and beauty must temper meaning, cause and empathy. STORY is the beginning and end and the start of all meaning.

Gleaning the exceptional by defining our ideas through common naming in an effort to differentiate the norm of mediocrity does not breed unity in the way other cultures define utility. The language of ideas is rarely a culturally universal realm of consciousness. Common naming is nested in the absurdity of ambiguities and contradictions that arise from preset arbitrary opinions of consensus and therefore precision is tendered by actions outside of dialogue – this is why the unique and independent and personal cultural STORY is the most critical means to the end of successful experiential projects.

The act of making is a transitional action where each creational act, is in fact, as real as each built form – one in the same these elements will only survive when they are valued like the difference of being in it, opposed to on it. This is why the narrative process is not always a linear process in the meaning making condition in nature or man. 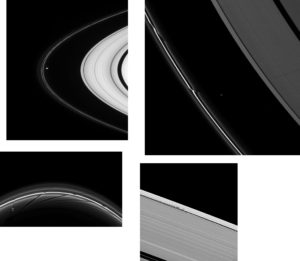 The current rush of capitalistic developments returns us to the problem of knowledge through images by establishing a clear distinction between images produced by artistic means or, images resulting from rigorously applied  “scientific” procedures.

Architecture, once freed from the tether of servile programmatic responses, closed sequential needs and or locationality, connects to something beyond “ourselves”- beyond narrow quests of regionalism, common naming and towards more universal social realms and origins of consciousness.
The result is that a ‘Consensus of Being’ has entered the realm of meaning in the design of Architecture making the past only a tracing for the future. A current surautomatism in our digital world has compressed the lag between ‘THE NEW’ and its valuation as a part of our design culture and political landscape. The effect of this bolder venue is an extremely personal and exciting new exploration of form and form making which is beginning to define a social language upon a wider world stage of consciousness.